Situated in the heartland of Drumcondra, Fagans has been a drinking oasis for over ninety years and was first licensed in 1907 under the guardianship of a Mr Fagan. Like the village of Drumcondra itself this old world pub,has been capturing a lot of attention in recent times due to its architectural renaissance as a result of ongoing renewal and renovation. All of our customers experience great food and drink in a beautiful and relaxing atmosphere. So why not come down and find out for yourself what makes Fagans of Drumcondra such a special haunt for all. 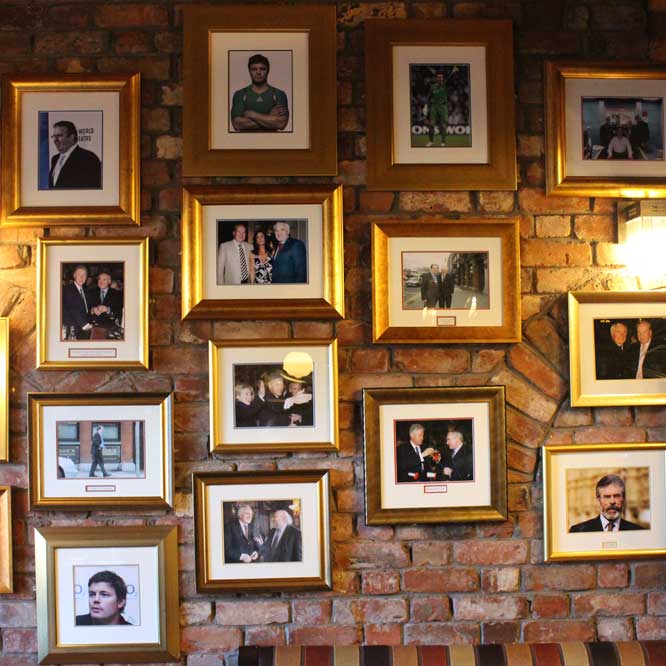 Fagan’s is one of Dublin’s most renowned pubs and a well known landmark in Drumcondra.

Drumcondra, on the outskirts of Dublin, was a very fashionable and sought after place to live in at the turn of the century. Many well known Victorian painters and watercolorists resided in the area due to its proximity with the Botanical Gardens. On March 2, 1894 James Joyce, one of ten children, moved with his parents to No 2 Millbourne Avenue, Drumcondra. At that time the population in Drumcondra was only eight thousand people. Originally Drumcondra Road was one of the four great roads of Ancient Ireland, the Slighe Mhidhluachra, which entered the city from the North.
Although restored in recent times, this house still remains one of the great Victorian pubs, quaint, unpretentious and relaxing, whilst still capturing the austerity of Victorian life.The people of Drumcondra are very proud of this pub and deservedly so. Over the years many famous actors, politicians, comedians, foreign dignitaries, musicians and other assorted celebrities have passed through our doors. On this page you will find some of their portraits. People from all walks of life and all levels of celebrity society have stopped at Fagans.

For information on work vacancies:

TO OUR NEWS LETTER